RTL looks to digital growth to compete with big US rivals 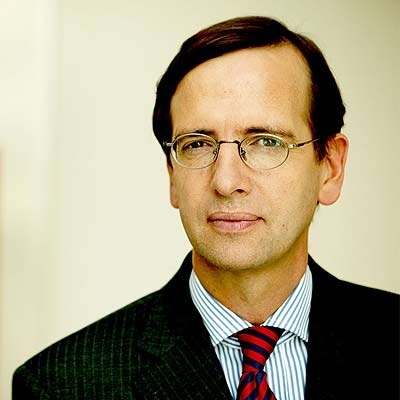 RTL must continue to grow its digital business and look to global scale as it faces competition from the likes of YouTube and Facebook, according to the German broadcast group’s co-CEO.

Delivering a keynote at MIPTV yesterday in Cannes, Guillaume de Posch (pictured) said that while RTL was originally geared towards local tastes in specific European markets, it now faces a “cultural challenge” as it goes up against global platforms.

“It’s not only about M6 and TF1, or Prosieben against RTL,” said de Posch. “It’s about Facebook, YouTube, MCNs, coming in, rolling out of California, trying to grab our business.”

While RTL has begun to address these new challenges in recent years by investing in companies like US-based multi-channel network BroadbandTV, fashion and beauty MCN Stylehaul, and US digital video ad platform SpotX, de Posch said it will “probably take us probably 10 years to master it.”

“As we speak now, we’ve got around 1,000 young, savvy digital executives in the US helping us out in our digital endeavors. I can tell you, we feel much more comfortable today than we felt a couple of years ago not having these new tools and skillsets, but this challenge is in the way.”

The RTL boss appealed to the EU to make sure that new proposals on ‘television without frontiers’, which are due to be discussed in the coming months, are “properly drafted for European media groups.”

“If it’s not, we will be super-regulated still, whereas all the newcomers that I mentioned will simply flow out of the US or other regions of the world with zero regulation. That could be really a danger, we believe, for the future of our business,” said de Posch.

“We need to make sure that the EU understands this – not only for the broadcasting side of the business, but also for the production side.”

Discussing RTL’s current online efforts, de Posch said that digital – one of RTL’s three main ‘pillars’ along with broadcast and content – only contributed 8.4% of the company’s total revenues last year.

Including all the short-form and long-form streaming that RTL does – across digital platforms, replay and catch-up – in January and February the company generated 11 billion views per month. “The question is long-term, how are we going to make sure that we’re going to monetise this,” he said.

Addressing the changing media landscape, the RTL boss predicted that hit TV shows will still be possible in the future, but audience sizes will be smaller as a “direct consequence of the fragmentation of all the devices”.

“If you recall, 30 years ago major hits on TV were doing 30 million, 50 million viewers on American television. Now if you’re lucky, if you take for example Idol, or The Voice in the US, you reach 10 million. So you’ve got a reduction in the absolute volume of viewers that you can reach into one live programming. Therefore we also believe that in the next few years, you will have a ‘new normal’ in what we call a hit.”