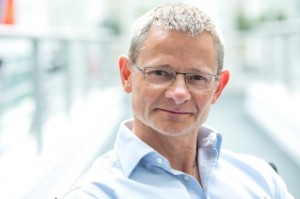 Lowth, who also becomes an executive board director at BT, is due to join the company on July 4 and will take over from current finance director Tony Chanmugam following a handover period.

Chanmugam will then move to focus on integrating EE into BT “for a period of time”, following the completion of BT’s £12.5 billion takeover of the mobile operator in January.

Prior to this he was CFO of AstraZeneca and served for a short period in 2012 as the pharmaceutical company’s interim CEO. Before that he worked for four years at Scottish power, latterly as finance director.

“I’m delighted to be joining BT at such an exciting time,” said Lowth. “Having acquired one of the UK’s leading mobile operators and with superfast fibre broadband available to well over 24 million homes, BT is well-placed for growth in consumer, business and wholesale markets. I look forward to working with Gavin Patterson and the rest of BT’s strong team to build upon the solid strategic and financial foundations already in place.”

BT Group CEO Gavin Patterson praised Lowth and paid tribute to Chanmugam for his “tremendous hard work, commitment and the strong results that he has delivered during his career at BT… I wish him all the best in his future enterprises.”