DOCSIS 3.1 base to reach nine million 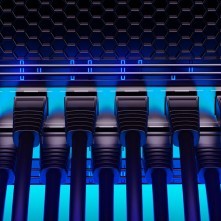 Nine million broadband customers will be using DOCSIS 3.1 equipment by 2017, according to ABI Research.

ABI Research said that the advanced cable broadband technology had achieved good traction in Europe, with operators in the US also showing interest. According to the research group, the nine million DOCSIS 3.1 customers in 2017 will represent just over 1% of total fixed broadband subscriptions worldwide.

Demand for gigabit services will be spurred by growing demand for broadband content and services including higher-resolution video and higher quality of service.

“Technology vendors like Sagemcom, Technicolor and Teleste Corporation already have commercial DOCSIS 3.1 solutions available in the market, which has seen strong response in the Western European region. The DOCSIS 3.1-ready products and solutions are able to achieve 1.2GHz bandwidth, and some, like those from Teleste, started shipping in 2014. Meanwhile, operators in the United States are showing interest, with cable players like Comcast, Cox and Midcontinent to launch their DOCSIS 3.1 networks in 2016 and 2017,” said Michael Inouye, principal analyst at ABI Research.

“European operators like Altice, TDC and Telenet likewise made inroads into preparing their networks for the launch of DOCSIS 3.1 in 2016. Ultimately, in instances in which corporations and homes already installed cable, it is more economical to upgrade cable services than make the switch to fiber, which gives DOCSIS 3.1 a definite advantage in the market space. Thinking ahead, enhanced deployments of ultra-broadband networks could pave the way for cable operators to migrate to a pure IPTV over DOCSIS network, abandoning legacy broadcast QAM technology. However, no major operator is publically investigating that approach,” said Sam Rosen, managing director and vice-president at ABI Research.