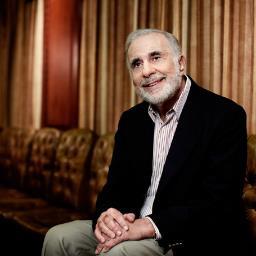 Activist investor Carl Icahn has angrily denied he is quietly building a stake in US media giant Time Warner.

However, Icahn told CNBC: “I don’t own one share of Time Warner and it annoys me that certain speculators use my name to make profits at the expense of other shareholders.”

Icahn is known for his aggressive plays in media shareholding circles, having previously attempted to gain control of Lionsgate Entertainment through a hostile takeover.

Back in 2006, Icahn also attempted to split Time Warner up after building a 3.3% stake in the firm. He was not successful, but management to reach a share buyback settlement and ensure cost-cutting measures.

Further reports of shareholder activism within Time Warner suggest investors are keen for CEO Jeff Bewkes to spin-off premium cable company HBO to better place it against rivals such as Netflix.

Corvex Management, which Icahn associate Keith Meister runs, is said to be leading the activism.

Icahn has also attempted takeovers of Marvel Comics, and is estimated to have made US$2 billion from streaming giant Netflix after selling his shares in the firm last June. He still has significant shareholdings in companies such as Apple.