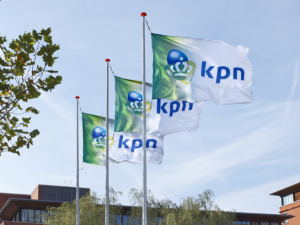 Vodafone Netherlands has filed a lawsuit against Dutch telco KPN alleging anti-competitive behaviour that delayed by three years the introduction of its TV, fixed-line broadband and telephony offering.

According to the lawsuit, KPN repeatedly failed to meet commitments to deliver the technology required by Vodafone for its Vodafone Thuis offering. The company says that, by delaying Vodafone’s access to its fixed-line network, KPN delayed the launch of its triple-play offering to compete with the telco and Dutch cable operators until 2014.

Vodafone alleges that KPN, while failing to deliver services according to agreements with Vodafone Netherlands, nevertheless managed to launch its own three-in-one package under its own brand and that of subsidiary Telfort, preventing Vodafone from gaining a significant market share over a period when 100,000 Dutch consumers chose a bundled proposition. Vodafone has estimated damages done to its business to be in the order of €115 million.

The lawsuit is the latest in a series of legal moves Vodafone has made across Europe in recent months over incumbent telcos preventing it from operating effectively, including a suit this month in Ireland alongside Sky, BT and Magnet over Eir’s alleged slow repair times.

Vodafone Netherlands has lodged its claim with the Court of Justice in The Hague.

“Markets cannot function without effective competition. Our challenge is that Vodafone relies on its biggest competitor – the incumbent operator – as a supplier in order to provide Dutch consumers with a competitive choice. KPN has repeatedly failed to deliver on its commitments and has instead seriously abused its dominant position. This is bad for consumers, bad for the development of the Dutch telecoms markets and bad for competition. We hope that taking this legal action will help to rectify the harm caused by KPN’s actions and alter its future behaviour,” said Vodafone Netherlands CEO Rob Shuter.