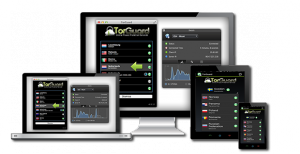 Anonymous virtual private network (VPN) provider, TorGuard, has accused the BBC of taking a “‘nuke’ approach” towards blocking its users from accessing the iPlayer.

In a company blog post, TorGuard said the BBC is now blocking its VPN users from viewing iPlayer content – whether they are in the UK or abroad.

“People trying to access the service outside of the UK are now receiving this message ‘BBC iPlayer TV programmes are available to play in the UK only’. The nuke approach is also hitting all users of BBC that are using VPN software. That means that BBC is forcing its users within the UK to decide if they want the security of a VPN or the access of iPlayer,” said TorGuard.

A spokesperson for the BBC denied that the corporation had changed its policy on VPN users accessing the iPlayer, but said that its technology is constantly updated to prevent unauthorised use.

“We regularly make updates to our technology to help prevent access to BBC iPlayer from outside the UK which breaks our terms of use,” the spokesperson told DTVE.

“BBC iPlayer is freely available to users across the UK without a VPN, and we also seek to ensure users of private VPNs such as those used by schools and companies in the UK have access.”

TorGuard admitted that with a VPN, users can change their IP address as a ‘trick’ to “bypass corporate license blocks that restrict content based on region”– but accused the BBC of “jeopardising” its UK user base to control monetisation.

TorGuard says it is committed to security and its customers’ rights to protect their online information and activity.