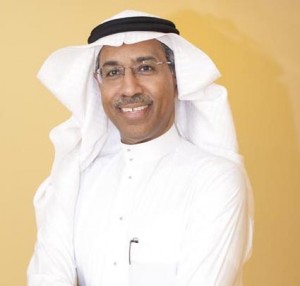 Satellite operator Arabsat has teamed up with satellite services and VSAT specialist Emerging Markets Communications (EMC) to launch Trio, which it claims will be “the first real triple-play service over satellite in the world”.

Trio will use EMC’s SATLink technology and the soon-to-be-launched Arabsat Badr-7 satellite to deliver triple-play services to a new advanced set-top box.

The service is designed to provide consumers in Arabsat’s 26° East footprint with 10Mbps broadband over satellite and free-to-air and pay TV services.

The box will have DVR capability and the service ill include video-on-demand and multiscreen delivery, with the box acting as a WiFi bridge.

Trio will also provide an enterprise-targeted offering of broadband over satellite.

According to Arabsat, the service will use Badr-7’s high-throuput Ka-band payload. The group sadi the service would be launched when Badr-7 is in position to offer commercial services. The satellite is scheduled to launch in early November.

“Under the current JV, the assets and know-how of SatLink have been transferred into Trio to allow for an autonomous operation and to serve the needs of both Arabsat and EMC and support their big database of customers. We trust that this revolutionary platform will be adopted by both telecom and media players who wants to serve their customers with a fully immersive product for their digital lifestyle as well as enterprise and governments that wants to bring efficient communications and content distribution to their communities. We are all very excited and looking forward to have the Badr-7 satellite at 26° East hotspot and we are planning to expand into other regions,” said Santiago Rossi, the general manager of the newly established Trio.

“We offer our viewers at 26° East an amazing TV viewing experience, it’s no longer about watching TV, it’s now about enjoying and interacting, it’s about creating a house environment of amusement and convenience. The enterprise version of Trio will be promoted as the technology platform for all governmental and enterprise networks on Arabsat satellites. Arabsat and EMC have been strong partners for more than 10 years now and we are proud to be part of such an innovation leap in the industry,” said Khalid Balkheyour, president and CEO of Arabsat.