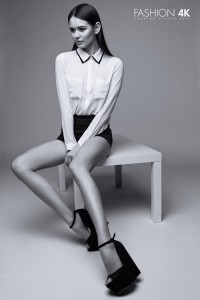 Fashion One Television has launched what it claims to be the world’s first global Ultra HD channel dedicated to fashion and entertainment in partnership with satellite operators SES and MEASAT.

The free-to-air Fashion One 4K channel went live yesterday across North America, South America and Europe via SES’s satellites, and across Asia Pacific, the Middle East, Australia and East Africa via MEASAT.

The channel launches worldwide as Fashion One 4K, and in Europe as Fashion 4K, with the rollout coming after Fashion One began upgrading its production format from HD to Ultra HD in 2014.

Fashion One 4K now claims to own an “extensive library of Ultra HD content with 100% content rights”, with Fashion One Television’s Chief Operations Officer, Gleb Livshits claiming the firm has “invested heavily in producing Ultra HD content over the last two years.”

“Together with SES, our long-time partner, we are committed to leading the industry and providing our audiences with the highest quality content,” said Livshits.

In the Asia Pacific, Middle East, Australia and East African regions the channel will have an estimated reach of 130 million households on MEASAT-3a at 91.5 degrees East.

“Now Ultra HD is a reality for millions of viewers worldwide, with the first global broadcast channel launching on SES satellites. There is no better way to broadcast Ultra HD than over satellite and we are delighted that Fashion One is also relying on our expertise for the playout, encoding and uplinking of their Ultra HD channel,” said Ferdinand Kayser, chief commercial officer at SES.