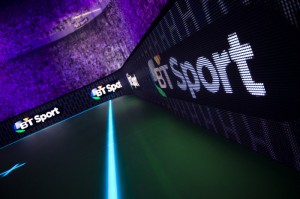 BT Sport will air the 2017/18 Australia vs England Ashes tournament as part of a new five-year agreement with Cricket Australia.

The deal will see BT take the broadcast rights the 2017/18 Ashes away from Sky, and also gives BT the rights to show all Australian home cricket internationals live in the UK, from 2016 to 2021.

The agreement covers all Australian Test Matches, One Day Internationals and T20 Internationals played in Australia, including the five-match Ashes Test Series against rivals England in 2017/18.

“BT Sport put forward a highly compelling bid for the rights to broadcast cricket from Australia to audiences throughout the United Kingdom. They are uniquely placed to become one of the UK’s largest sports channels and we think cricket can provide the content and opportunities to help them do just that,” said Cricket Australia executive general manager of media, communications and marketing, Ben Amarfio.

Terms of the deal were not disclosed, though the Daily Mail reported that BT is believed to be paying £16 million per-year, or £80 million in total, for the Australian cricket rights.

Delia Bushell, managing director of BT TV and BT Sport, said: “BT Sport is delighted to be adding international cricket to its line-up, and to be the new home of the next Ashes tour in Australia. We will show live domestic games featuring the best players in the world during the Big Bash League and all Australian home matches for the next five years.”