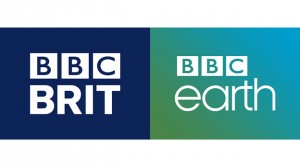 BBC Worldwide is launching its three new channel brands in Africa for the first time with a three-channel launch on DStv in South Africa.

The DStv launch, which will be effective from September 1, is the first time all three have been simultaneously launched on a platform.

It also marks each of the channels entry into the Africa. On Multichoice’s DSTV platform, BBC Brit will replace BBC Entertainment and the BBC Knowledge channel will be taken down in favour of BBC Earth and BBC Brit.

Mark Rayner, COO for MultiChoice South Africa said: “We’re constantly looking for ways to bring more value and premium entertainment to our customers – by being the first platform in the world to exclusively offer these three channels, just shows our level of commitment to that promise.”

Worldwide has been aggressively rolling out its new channel brands, sometimes as new offerings and in other cases replacing outgoing channel brands such as BBC Knowledge and BBC Entertainment.

BBC Earth is now in countries including Poland, Romania, the Nordic countries, Turkey and India, and is also distributed in several Asian territories. BBC Brit carried on platforms in the Nordics, and BBC First in Australia and the Benelux.