Deutsche Welle signs up with SES for CEE and Africa 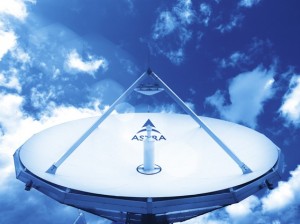 German international broadcaster Deutsche Welle has signed a deal with satellite operator SES to broadcast its tow channels to eastern Europe and Africa via the Astra 4A and 4B and SES-5 satellites.

Deutsche Welle will also broadcast its new English-language channel across eastern Europe and Africa via the Astra 4B and SES-5 satellites. The 24-hour news and information channel, which broadcasts events from Germany and around the world, was launched on June 22, broadcasting via Astra’s main European position at 19.2° East.

“Deutsche Welle produces high-quality content in 30 languages for the whole world. We are very pleased that we have found, in SES, a reliable technical partner that complements our global satellite portfolio and helps us to broadcast news and information to two of the most important regions in the world,” said Guido Baumhauer, director of distribution and technology at Deutsche Welle.

“We are very pleased that Deutsche Welle is once again relying on SES to expand its coverage. The latest agreement with Deutsche Welle is an example of how our global satellite network can enable broadcasters to expand beyond their domestic markets to reach international audiences on all continents,” said Norbert Hoelzle, senior vice-president, commercial, Europe at SES.