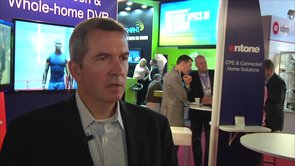 UK-based Amino said the deal marked the consolidation of a direct competitor and that the agreement will increase its global footprint and scale, with US-based Entone claiming 150-plus global customers.

The takeover will see Amino buy the entire issued share capital of Entone for an initial cash consideration of $65.0 million, and a deferred consideration of US$8 million – to be paid in two instalments a year and two years after the deal closes.

“The proposed acquisition of Entone has the potential to transform our business and broaden our capabilities and market reach globally across IPTV, hybrid broadcast and a range of connected home solutions,” said Amino CEO Donald McGarva.

He claimed that the deal also aligns closely with Amino’s recent acquisition of Finland-based cloud TV platform provider, Booxmedia, which was agreed for €7.9 million in May.

“We anticipate a number of synergies between the two companies and expect the proposed acquisition to be earnings enhancing in the first full year of combined operations,” said McGarva.

Entone CEO Steve McKay added that Amino and Entone’s solutions are “highly complementary” and that together the firms will create a “significant new presence in the pay TV market.”

“We share a very similar vision as to how our industry is changing and the kinds of solutions that are required to address both existing and new customers,” said McKay.

The Entone deal is expected to close in the third quarter of 2015, subject to customary closing conditions and approvals.