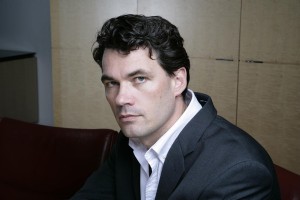 BT’s TV business has continued to boost the company’s revenue and profit in its fourth financial quarter. BT added 52,000 TV customers in the fourth quarter, taking its total TV subscriber base to 1.14 million.

BT Sport did contribute to a significant increase in capital expenditure of 47% in the quarter, reflecting both the continued investment in the sports arm and TV products and investment in mobile. However, capex was down 2% for the year, the company noted.

BT Consumer revenue was up 7% in the final quarter, driven by growth in the broadband and TV customer bases.  BT noted that BT Sport contributed to both top and bottom-line growth.

“Our BT Sport TV channels are now in more than 5.2 million homes, with the customer base growing again in the quarter. We’re pleased to have secured FA Premier League football rights for a further three years, and an extension with Aviva Premiership Rugby for four more years.  With exclusive live football from the UEFA Champions League and UEFA Europa League, we’ll be showing even more top sporting action from this summer,” said Gavin Patterson, BT CEO.

BT increased its overall Openreach fibre base by 455,000 homes, an increase of 31%, with its retail business accounting for 266,000 additional homes, taking the BT fibre base to three million out of a total of 4.2 million homes and businesses connected.