Kenyans left in dark as commercial broadcasters go off air 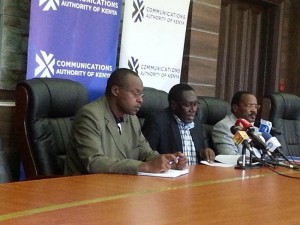 Kenya’s commercial broadcasters shut down their digital signals at the weekend in protest at the government’s decision to push ahead with analogue switch-off before they were able to introduce new set-top boxes.

The move is the latest turn in a long running dispute between the broadcasters, who want additional time to introduce set-tops that would give them control over how their signal is distributed to the country’s viewers into the market, and the country’s regulatory authority.

The Communications Authority of Kenya (CAK) shut down the analogue signals after claiming that the broadcasters had ignored a Supreme Court ruling that switchover should go ahead. The broadcasters have argued in turn that the CAK has selectively applied the ruling, ignoring a provision that they should be allowed to migrate to digital as self-provisioning signal distributors.

Digital signals can currently be received via set-tops supplied by pay TV service providers GOtv Kenya, owned by South Africa’s MultiChoice, and Chinese-backed StarTimes Kenya. However, the free-to-air broadcasters have claimed that the pair are in breach of copyright by retransmitting their signals without permission. GOtv and StarTimes maintain that they are obliged to carry the channels thanks to must-carry rules that the Supreme Court upheld.

According to one local report, the three commercial broadcasters plan to go to court again to seek permission to continue broadcasting in analogue until their own set-tops are delivered.