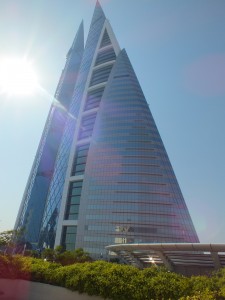 In a statement, Bahrain’s Information Affairs Authority (IAA) said that the channel had failed to match regional and international standards related to “stemming the tide of extremism and terrorism throughout the region and the wider world.”

It also said that the channel failed to obtain the required licensing approval to commence broadcasting in Bahrain.

The Arab-language news channel, which is backed by billionaire businessman and member of the Saudi royal family Prince Alwaleed Bin Talal Bin Abdulaziz Al Saud, launched last week with a mission statement to provide an “objective, fresh and unbiased view of world events.”

However, less than a day after launch, broadcast was suspended, with both the IAA and Alarab claiming administrative and technical issues.

One of the first interviews to broadcast on the channel before it went off air was reportedly with Bahraini opposition figure and critic of Bahrain’s Sunni ruling family, Khalil Marzook. The BBC reports that the interview was criticised by pro-government media.

The IAA said yesterday that it’s decision to suspend broadcast of Alarab “has no impact upon principles of media freedom and is strictly based on the government’s commitment to ensuring the diversity and impartiality of media outlets in the Kingdom.”

“The IAA highlights its commitment to ensuring that all media institutions operate firmly within Bahrain’s rules and regulations, which are designed to protect the interests and views of all,” it said.

Alarab had planned to broadcast news and a range of other programs, including those that will focus on Saudi Arabian affairs, with business news to be delivered through an agreement with Bloomberg.

According to Alarab general manager, Jamal Khashoggi, speaking at the channel’s launch last week: “We felt there was a real need for an independent and impartial channel. We are proud that our programs will go beyond the ‘normal’ to provide viewers with the stories that matter to them.”