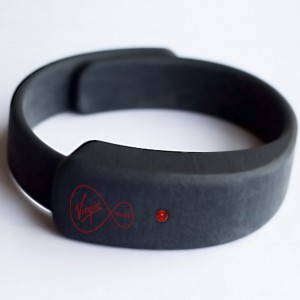 Liberty Global-owned UK cable operator Virgin Media has introduced a new wearable recording device that it says can be set to automatically record content when the wearer falls asleep on the sofa.

In time for Christmas, the operator said it commissioned two teenage students at Manchester Creative Studio to help create a bracelet device, the KipstR, that can automatically set users’ TiVo set-tops to record content when they fall asleep in front of the TV.

According to the operator, Ryan Oliver, 15, and Jonathan Kingsley, 14, worked with Virgin Media’s in-house team to create the 3D printed wristband, which uses a pulse-oximeter to sense if the wearer is asleep or awake and then mimics the users’ TiVo remote control to pause, record or resume a show as appropriate. KipstR measures a user’s heart rate to detect sleep before communicating with TiVo to pause and record the current programme being viewed.

When the user’s heart rate rises to ‘awake’ levels it can trigger Virgin Media’s TiVo boxes to resume the programme.
Virgin Media says that wearable technologies such as KipstR could also be used to monitor wearer’s emotional reactions to their TV viewing, helping TiVo learn and tag programmes that evoke the strongest responses from the wearer. The company is also exploring how KipstR could control other connected devices in the home, including powering up and down devices and controlling central heating.

The operator will be trialling the device this Christmas and viewers have been invited to register their interest via its website.

“We have been exploring the possibilities of connected entertainment for some time and are very excited to unveil KipstR. With emerging new technologies, it is possible to create almost anything, such as emotionally intelligent entertainment systems that can suggest shows based on your moods, or even harnessing brainwaves to control your television,” said Neil Illingworth, head of advanced technology and innovation at Virgin Media.