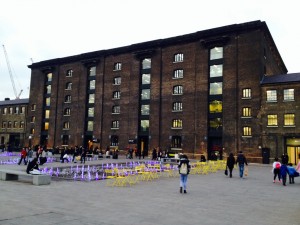 The Creative Industries Federation, a new body to represent the UK’s creative community, has launched with the backing of more than 200 companies and organisations.

The federation is designed to bridge the public and private sector, representing creative industries ranging from TV and computer games to music and design, architecture and the visual arts.

“This is a radical and practical project to challenge the status quo and Britain’s global performance, to increase access and diversity and – for the first time – provide a single and independent voice for Britain’s fastest-growing sector,” said the federation in a statement announcing the launch.

Writing in the Observer over the weekend, John Kampfner, director of the Creative Industries Federation, said that the single body would unite to speak out against government funding cuts in years to come.

“Our arts and creativity are Brand Britain. They are our superpower. The only problem is that, back home, many of our politicians struggle to get it,” said Kampfner.

“Over the next five years, the UK will face spending cuts that will make the past five seem like a breeze. One area where they have already bitten hard, and will bite even harder, is in the arts.”

Chancellor of the Exchequer George Osborne, who made a speech at an official launch event for the federation at Central Saint Martin’s art school in London last night, said that the government would continue to support Britain’s “brilliant” creative sector.