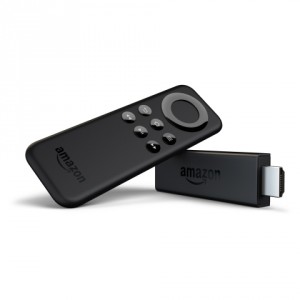 Amazon has started to ship its HDMI TV streaming device, the Fire TV Stick, to customers in the US, claiming it to be the “fastest-selling Amazon device ever.”

Amazon said that new orders of the US$39 (€31) TV streaming stick will be filled on a first-come, first-served basis, with high demand for the device that will rival the likes of Google’s Chromecast device.

“Fire TV Stick has been our most successful device launch ever. We built a tonne of these, but customer demand still outpaced our supply. We’re excited by the overwhelming customer response and the team is working hard to build more as quickly as possible,” said Dave Limp, senior vice president, Amazon Devices.

Amazon first unveiled the Fire TV Stick last month and claims that its device has twice the memory and 50% more processing power than the US$35-priced Chromecast thanks to its dual-core processor.

Fire TV Stick will include the same interface that is found on Amazon Fire TV boxes, and will allow users to access video and music services, including Netflix, Amazon Prime Instant Video, Hulu, WatchESPN, YouTube.com, Pandora and Spotify.

Though international launch details have not been revealed for the device, Amazon’s Fire TV box is currently available in the UK and Germany, as well as the US.