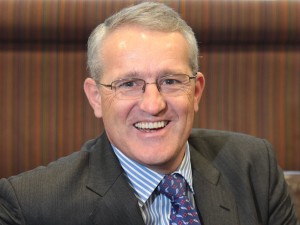 Van der Post, who will also become a member of KPN’s management board is set to start his new role on March 1, 2015, with KPN’s shareholders to be told of the planned appointment during an ‘extraordinary general meeting.’

Van der Post has been part of the British Airways board, responsible for the brand and customer experience, since January 2011. Prior to this, he held various leadership positions in the hospitality industry, including as chief operating officer of Dubai-based Jumeirah Group.

At KPN, van der Post will earn a base salary of €700,000 per year, as well as long- and short-term incentives. He will also receive €1.2 million in cash and shares as “partial compensation” for the rights he will forfeit at his previous employer – subject to shareholder approval and spread out over time.

“Frank combines extensive global commercial leadership with online experience, where brands and customer loyalty are of the essence, and has demonstrated a consistent track record of accomplishment in different premium service industry environments,” said Jos Streppel, chairman of KPN’s supervisory board.