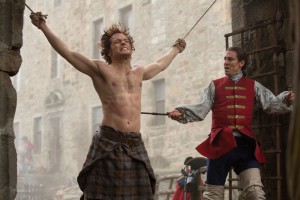 US premium cable net Starz will launch its planned international subscription on-demand service next year, with initial investment in the project totalling around US$20 million (€16 million).

Starz CEO Chris Albrecht confirmed the plans in a conference call for Starz’s third quarter, saying: “We believe there is significant value in pay-premium channels, but value is being constrained by current MVPD bundling and tiering approaches”.

“There’s no doubt that consumer viewing habits are changing, and distributors and programmers must work together to create new ways to reach consumers,” he added.

Albrecht declined to say which territories it would initially launch in, but did confirm a 2015 launch. It is expected to offer original Starz series such as Outlander and Survivor’s Remorse, and other licensed TV series and movies.

“I can tell you now that we have the content rights, technology platform and infrastructure in place to ensure that the Starz businesses are positioned to capitalise on these new opportunities, both here in the US and abroad,” he said.

Starz’s CFO, executive VP and principal accounting officer Scott Macdonald added the intial start-up costs for the international SVOD service would be “less than US$20 million”.

The move comes as premium cable providers accept over-the-top distribution may not cannibalise their core subscription businesses, which for so long have made up almost the entirety of their revenues.

Starz’s third quarter results saw it draw US$408.2 million in revenues and US$55.8 million in profit. Subscribers for the flagship Starz network are now at a record 22.5 million, having added 500,000.