Magine to offer all World Cup matches in Germany 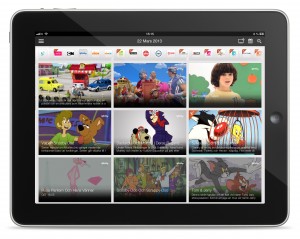 Internet TV service Magine will broadcast every World Cup game, both live and on-demand in Germany, thanks to its partnership with broadcasters ARD and ZDF.

Speaking at the Connected TV World summit in London yesterday, Magine executive vice-president of business development, Jon Gisby, said that the arrangement was unprecedented in the German market.

“Via our broadcast partners, Magine is carrying every World Cup game – not only live, but also in catch-up as part of the service – which I think is the first time it’s been possible to do that on a single service in Germany.”

Magine launched fully in Germany in April following a nine-month beta trial. Gisby said that its German proposition is now a package of just over 70 live channels – though catch-up is not yet available on every channel.

Speaking at the conference, Gisby said that as a cloud based service, Magine can do very rapid development cycles and that only this week the firm issued an update that delivered “quite a significant upgrade to the interface,” with more likely to follow.

“This is something we can upgrade and improve based on real-time feedback very, very quickly and easily,” said Gisby

At the same time, Magine this week launched seven-day catch-up, in addition to live programming, for all SVT’s channels in Sweden.

The launch means Magine subscribers in the country will now be able to watch programs for up to a week after their broadcast from SVT 1, SVT2, Kunskapskanalen (Knowledge Channel), Barnkanalen (Children’s Channel) and SVT24 on any device with internet access.