Sony to launch PlayStation TV in Europe later this year 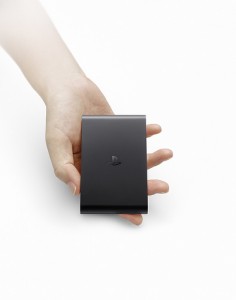 Sony launched its rebranded PlayStation TV entertainment system at the Electronic Entertainment Expo (E3) in Los Angeles, and announced plans to bring the device to Europe later this year.

The device was first released in Japan and Asia last November under the name PlayStation Vita TV. Since then, Sony says the system has “continuously evolved” through software updates and content enhancements.

PS TV is designed as a companion device for the PlayStation 4 console and allows players to stream their PS4 games to any other TV in their house, providing a “seconEd gaming station”.

The rebranded PS TV will be available across the PAL region – which covers most of Europe, Africa, Asia and Oceania – priced at a recommended retail price of €99.

The small device, which measures just 6.5 cm by 10.5 cm, will support PS4 remote play and wireless controllers, which will let PS4 owners in the living room continue playing a game on a PS TV system in their bedroom.

Once Sony’s streaming game service PlayStation Now rolls out across the PAL region, PS TV users will also be able to stream PS3 games on the device, the company said.