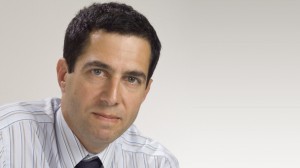 The BBC’s governing body, the BBC Trust, has appointed culture department veteran Jon Zeff as director of the Trust, replacing Nicholas Kroll who is due to retire from the BBC in June.

Zeff is currently on the board of the UK’s Department for Culture, Media and Sport (DCMS), where his responsibilities include leading the department’s work on broadband, spectrum and telecommunications issues.

He was previously director of media, responsible for policy and programmes across the media and creative industries, and had a leading role in the Digital Economy Act 2010, led the last BBC charter review and oversaw planning for UK’s digital switchover.

Zeff first joined DCMS in 1998 following spells in the Departments of Trade and Industry, and Employment.

“Jon is a highly experienced public servant who understands both the values of public service broadcasting and the policy issues surrounding broadcasting as a whole in the years ahead. All of us at the Trust are delighted that he has accepted our offer to become the next director and we look forward to working with him and to his leadership of the Trust unit,” said BBC Trust chairman Lord Patten.

Kroll is due to retire from the BBC aged 60, having serviced successively as director of governance and director of the BBC Trust since 2004.