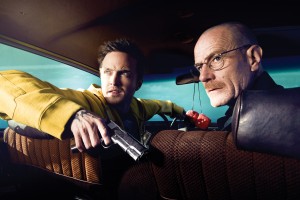 Sony has said that subscription video-on-demand deals for Breaking Bad drove a significant increase in revenues at the TV part of its entertainment business.

The Japan-listed electronics to entertainment giant does not break out separate figures for its Sony Pictures Entertainment unit, with movies, TV production and distribution and channels grouped together but quarterly revenues have increased “significantly” across its TV productions division with SVOD revenues from Breaking Bad primarily responsible.

The overall entertainment division reported revenues of US$2.1 billion (€1.6 billion) for its fiscal 3Q13, a 7.1% increase year-on-year. Operating profit was down 4.2% year on year, taking the total to US$231 million.

Sony recently told investors it was refocusing its Sony Pictures Entertainment business on TV with the movie division struggling. On the movies side Sony said lower theatrical and home entertainment revenues were responsible for a “significant” decrease in quarterly revenues.

The operating income decline was also attributed to the under performance of the movie division as well as increased costs caused by having a greater number of TV shows in production.

Sony reiterated its intention to implement US$250 million of cost cuts across SPE although these will come from the movie and not the TV part of the business, Sony has told TBI. It recorded US$300,000 of restructuring charges in the latest quarter. The cost savings programme will be implemented between now and March 2016.

At the same time, Sony Corporation announced that it will split off its TV manufacturing business and operate this as a wholly owned subsidiary.

Sony said it aims to do this by July 2014, with plans to also increase its proportion of sales from high-end TV models and to reinforce its position in the 4K market by strengthening its product line-up in this area.

Sony also said it has concluded a memorandum of understanding, confirming that it plans to sell its Vaio computer business to JIP (Japan Industrial Partners).