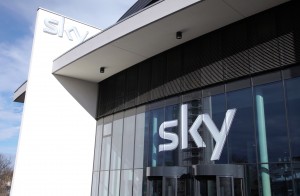 Sky Deutschland said it is on track to deliver positive full-year EBITDA for the first time, after announcing strong third quarter figures.

The German pay TV provider reported a 19% year-on-year revenue increase in the quarter to €392.7 million.

It said subscription revenues were the key driver, supported by higher subscriber numbers, as well as a €1.85 increase in average revenue per user to €34.07.

“Sky’s outstanding entertainment offering is accessible to more customers than ever before, serving as a great platform for further growth,” said Sky Deutschland CEO, Brian Sullivan.

Among the highlights of the quarter, Sullivan mentioned the Sky’s “greatly enhanced Bundesliga offering,” an expanded HD channel line-up, the introduction of its Sky Sport News HD App, and more exclusive content for its Sky Anytime and Sky Go services.

Overall, the firm said it had 3.53 million customers at the end of September, up from 3.21 million at the same time last year. Of these, 1.75 million were signed up to Sky’s Premium HD offering. The firm also logged 18.1 million Sky Go customer sessions in the quarter, an increase of 122% year-on-year.

“Our innovations are transforming the viewing experience for our customers by giving them greater choice, flexibility and control. And in today’s mixed economic environment our financial performance puts us right on track to deliver Sky’s first ever positive full year EBITDA result,” said Sullivan.