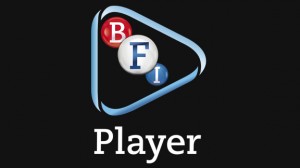 The British Film Institute is set to make hundreds of films available online with the launch of the new BFI Player next week.

The online platform, which has been optimised for the web and tablets, is due to go live nationwide in the UK on October 9 and will offer content on a free and pay-per view basis.

At launch the BFI Player will include seven curated collections of content spanning cult movies, archive film footage from the early twentieth century, as well as interviews and behind the scenes action from this year’s BFI London Film Festival.

This will amount to “over 1,000 items, including hundreds of feature films in the launch period,” according to the BFI. Speaking at a launch event in London, BFI chair and former BBC director general Greg Dyke said the service “will fully blossom in 2014” with a second launch phase planned for early next year.

“[The BBC iPlayer] transformed broadcasting. It was a public service intervention that enriched the lives of millions by bringing them content when they wanted it. The BFI plan has the potential to do the same for film, all across the UK,” said Dyke.

“When we launched our five year strategy plan ‘film forever’ last year, which laid out what we’re trying to do for the next five years, our number one priority was to put audiences at the heart of anything that we did and ensure that as many people as possible had choice and access to films across the UK.”

At the player launch, the BFI also announced plans for day-and-date releases for new or reissued films through the service.

The seven curated collections of content that will launch on the service are: BFI London Film Festival Presents; Backed by the BFI; Gothic – The Dark Heart of Film; Edwardian Britain; Sight & Sound Selects; Cult Cinema; and Inside Film.

Edward Humphrey, BFI Director of Digital said that library titles would cost viewers £2.50 to watch in SD and £3.50 in HD. Shorts will be priced at around £1, while day-and-date releases will cost £10. However, the BFI stressed that approximately 60% of the content available on the site will be free.

Content will be streamed using adaptive bitrate technology. The BFI is working with Ooyala, which will provide online video playback, and Capablue, which has designed the web interface of the BFI Player.

“The BFI has spent a six-figure sum on this, this year, which is coming from our core budget. DCMS [Department for Culture, Media and Sport] has very kindly granted us some capital funding which arrive in 2015/16 to support this – that’s £500,000,” said Humphrey.