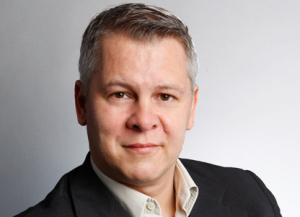 Alan Musa has joined Liberty Global-backed short-form movie service ShortsTV. Musa will be president of the channel which is distributed in the EMEA region and the US.

Musa was general manager of Turner Broadcasting across Africa, Middle East and Pan Regions from early 2009 until this April. Prior to that he had been in various roles at Turner stretching back to 1997.

“Alan is one of Europe’s most successful TV & film entertainment executives, and we’re thrilled to have him lead the charge for us at ShortsTV,” said Carter Pilcher, chief executive of Shorts International, which runs ShortsTV. “Alan has run some of Europe’s most successful TV channels—including Turner Classic Movies and Cartoon Network–which gives him a perfect background to work with our cable and satellite partners to bring their audiences ShortsTV.”

Shorts is currently carried by operators in the Netherlands, Belgium, France, Luxembourg, Romania, Eastern Africa, and Turkey, reaching eight million homes in all.

The US channel ShortsHD is available to 20 million homes through AT&T and DirectTV.