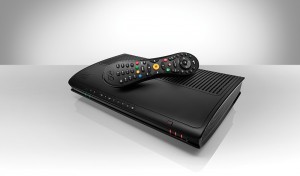 DVR maker TiVo reported what it said was its highest quarterly net income in the company’s history, following recent litigation settlements with Cisco and Motorola.

The firm reported second quarter net income of US$268.9 million (€201.1 million), compared to a net loss of US$27.7 million in the same quarter last year.

TiVo, which hailed the results as the start of a “new chapter” in the firm’s financial performance, had expected to make a net loss of between US$13 million and US$16 million in the quarter.

Net revenues came in at US$100 million, up from US$65 million last year. Of this, service and technology revenues accounted for US$77.0 million, an increase of 42% year-over-year. TiVo said this was “its highest ever and exceeds guidance range even before including the Cisco and Motorola settlement.”

TiVo settled the Cisco and Motorola litigation for US$490 million, achieving what it said was approximately US$1.6 billion in damages and consideration.

“As a result of the latest litigation settlements, which will produce significantly increased licensing revenue well into the future and which have substantially increased our cash resources, along with our continued focus on innovation as demonstrated by the highly acclaimed Roamio launch, and the expected continued growth of our MSO subscription base, TiVo has reached a brand new chapter in its financial performance that puts the company on an entirely new trajectory.”