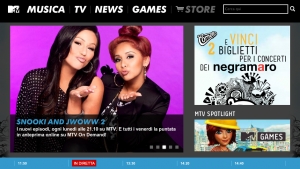 Under the deal, Telecom Italia Media is due to receive a consideration of €10 million. However, it will also waive €9.7 million-worth of financial receivables – debt obligations – from MTV Italia.

At the same time, the two firms renewed a multi-year agreement between MTV Italia and Telecom Italia Media Broadcasting for the supply of broadcasting capacity and services.

Telecom Italia Media Group said it expects to increase its profitability as a result of the deal, which is expected to close by the end of September 2013.

Upon completion, Viacom will take control of the main Italian MTV entertainment channel, as well as well as the MTV Music, MTV Classic, MTV HITS music channels in the country and the MTV.it website.

The deal boosts VIMN’s portfolio of owned and operated television networks in Italy to seven in total, including Nickelodeon, Nick Jr. and Comedy Central.