Telenet’s CEO Duco Sickinghe has resigned after nearly 12 years at Belgian cable operator, claiming that “in light of recent events,” it was the right time to move on. 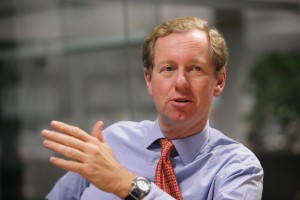 The decision, which was accepted by the board of directors, will see Sickinghe step down from his current executive duties on March 31. He will give up his directorship at Telenet’s general shareholder meeting on April 24.

John Porter, who was formerly the CEO of Australian pay TV provider Austar United Communication until Foxtel bought out Liberty Global’s majority share in Austar last year, has been appointed as Sickinghe’s successor.

The move comes after Liberty Global increased its stake in Telenet to 58% in January, but failed in its efforts to take complete control of the firm after not winning the backing of all investors.

Liberty has been the controlling shareholder in Telenet since February 2007 and launched a €2bn bid to buy the 49.6% of the firm it did not already own last September, despite independent assessors disagreeing about its valuation of the company.

In December, Sickinghe transferred his shares and vested warrants in the company to an independent foundation in order to confirm his neutrality to Liberty Global’s bid for the operator and to prevent any conflict of interest.

In a statement today, he said: “In light of recent events,time has come for me to move on. I believe this to be in the best interest of Telenet and its future. This decision comes at the moment when Telenet is well prepared for further solid growth in the coming years.”

Telenet praised Sickinghe’s long time contributions to the company and said that Porter would “further realise” its aspirations to be the best-in-class and preferred provider of digital television, broadband internet and fixed and mobile telephony services. “John’s track record and history with Liberty Global will ensure the continued momentum and success of Telenet. At this important moment in the business, John has the full support of the Telenet board,” said Frank Donck, Telenet’s chairman of the board.