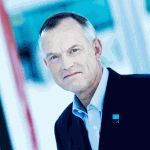 There is still room for DTH growth in central and eastern Europe as telcos seek to expand the reach of their TV services, according to Telenor Satellite Broadcasting CEO Cato Halså.

Speaking to Digital TV Europe, Halså said a number of markets looked promising for growth, including Ukraine, where Telenor is already involved in the mobile telecom business through its majority ownership of Kyivstar, one of the country’s largest operators. “There is a lot of dynamism in the Ukrainian market. Telcos in the region have bought into DTH platform and those have then sometimes changed ownership. There is still a lot of dynamism in the market so we need to be there,” said Halså. “There are still opportunities in the telco market and the Balkans still have possibilities,” he said.

In the Balkan region, Telenor Serbia has a mobile customer base of over three million and Telenor also has three million mobile subs in Hungary. It also offers services in Montenegro through a subsidiary of Telenor Serbia. In Russia, it has a significant stake in multi-play operator VimpelCom.

While he said no discussions had yet taken place, Halså said he believed that the mobile telecom market could offer interesting opportunities in the future. “Content distribution is important for any mobile telephone operator and when you talk about content, that means TV,” he said. “There are different forms of TV and content distribution and we will see a lot of variety.” Linear TV, he said, would continue to be important, particularly in relation to HD services, he said.
Halså said he believed Telenor was well placed to capture new non-linear opportunities because it had experience in the combination of DTH with internet delivery for non-linear TV services. “Once you do the formatting of channels for satellite transmission you have done most of the work [necessary] to add on playout for OTT and IPTV. We are really good at that and can do it cost-effectively,” said Halså.

Telenor’s core market for DTH is in the Nordic territories and in the CEE region south of Poland, including the Czech Republic and Slovakia, where it won UPC’s DTH business from SES in 2009. Telenor has sold 22 transponders in the CEE market over the past year and CEE has surpassed the Nordic markets in terms of subscribers, with over nine million households receiving signals via DTH or cable headends.

Halså said that Telenor had hoped for faster take-up of its capacity in the CEE market. However, economic conditions in the region were having an adverse impact, he said. “It’s slower than it used to be but we see that our own customers have had strong success in their own markets with good customer growth,” he said. “We believe that HD is growing faster in the cable market than in DTH, and our DTH customers will have to catch up.”

The company has a along-term contract in place with Liberty Global-owned UPC DTH. “UPC has done well in its markets in terms of subscriber growth and we believe it has strengthened its situation over the last six months,” said Halså.

Halså said he believed there was less room for growth in the Nordic market. “There is some growth but the market is saturated to some extent. There will be more HD but at some stage the market will move to MPEG-4 so there will be a balancing out of that in terms of demand for satellite capacity,” he said. “That’s why we have targeted Thor 7 for the CEE market.”

Telenor’s forthcoming Thor 7 satellite is designed to expand the company’s capacity rather than to replace existing capacity on the fleet, although it will provide redundancy in Ku-band if one of Telenor’s existing satellites fails.
Telenor Satellite will also market Ka-band services on the Ka-band payload on its Thor 7 satellite.

Thor 7 will cover largely the same footprint as its existing Thor 5 and 6 satellites. The company has contracted with Loral for the satellite, with the launch contract awarded to Arianespace, with the earliest planned launch date set for the end of next year. The company has secured an extended launch window of eight months. Telenor is in the middle of the process of insuring the satellite.

Telenor recently sold its single biggest OU capacity agreement with WDR for ARD and ZDF in Germany. Halså said that the Intelsat 10-02 satellite was a good satellite for OU services. Telenor was also able to deliver access to third party capacity on Eutelsat. The company has pre-sold capacity for the Olympics and other major sporting events this year including the Euro2012 football championships.