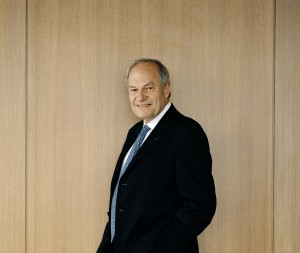 Michel Boyon, head of French media regulator the CSA, has taken on criticism of his report on the future of the digital-terrestrial platform and his proposal to mandate the DVB-T2 standard for the launch all further channels.

In an interview with Le Figaro newspaper, Boyon said that he had not buried the planned launch of so-called ‘bonus’ channels by the country’s main commercial broadcasters, which will be delayed as a result of the mandating of DVB-T2, but that the award of the channels would depend on the decision taken by the European Commission on its legality.

Boyon also said that the timetable for new channels planned for the platform would not change, as it would in any case take 12-15 months of work to make them available, meaning that they would likely launch at the end of 2011 or the beginning of 2012.

On the direct impact of the DVB-T2 decision, Boyon said that 45% of Frenh households already received TV via satellite, cable or ADSL and would not be affected by the move, while terrestrial-only viewers would have a choice of continuing to view the existing line-up of channels or of buying, in 12-18 months, a new decoder that would likely not carry a high price.

Boyon also said that Canal Plus’s acquisition of Bolloré-owned channels Direct 8 and Direct Star would be examined carefully by the CSA, which could impose conditions on approving the deal. He said that the prospect of a single company holding pay and free TV rights to the same content posed a number of problems and would place it at an enormous competitive advantage over rivals.