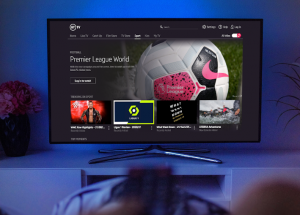 Aferian and its video streaming subsidiary 24i have acquired AI video recommendation specialist The Filter.

Aferian – formerly known as Amino – has acquired 100% of the share capital of Exabre Limited, which trades as The Filter. The company was co-founded by the musician, singer, songwriter, record producer and activist Peter Gabriel.

The Filter’s customers include streaming providers Joyn in Germany, EPIX in the USA and BBC Studio owned UKTV Play in the UK.

Led by The Filter’s current CEO Damien Read, who will join 24i as SVP of Data Products, The Filter’s team of data scientists will continue to be based in Bath and will work alongside 24i’s existing data analytics team.

Aferian is paying an initial consideration of £1.5 million in cash, of which £1.2 million was paid on completion and £0.3 million has been deferred until 18 months after the acquisition date.

Additional consideration of up to £2.5 million is payable subject to achieving certain annual recurring revenue.

Donald McGarva, CEO of Aferian plc, said that “this acquisition will accelerate our vision of making it easier to connect people to the TV and video they love”.

The Filter’s Read said that the company’s technology powers “everything from the ‘recommended for you’ rails in video streaming apps, to personalised recommendations in marketing and even entirely dynamic user interfaces that adapt to the individual consumer’s viewing habits” and added that “we are very excited to be joining the 24i family as this will help us to further develop our offering and bring this game-changing technology to a wider range of entertainment companies worldwide.”

24i CEO Neale Foster said that “The Filter’s managed service is based on a ‘test, learn and refine’, AI-based methodology that sets it apart from other off-the-shelf recommendation engines and analytics packages” and that he was “excited to bring this expertise in advanced, data-driven personalisation and recommendations into 24i’s modular offering”.

Peter Gabriel said: “As the volume of content online grows, many consumers actually want freedom from too much choice. The Filter was born to help people find more of the content they want easily. When we began with The Filter, a personalised recommendation engine was a very new concept and small innovative independent pioneers played a critical role in evolving what is now data science. This nascent industry is now an established part of media and, with 24i’s backing, The Filter’s fantastic data team will be able to make a difference to a much wider audience, improving the user experience for millions more consumers around the world. We really like 24i’s goal of providing a full range of tools to serve both the consumer and the content provider and feel that will provide a wonderful home for everything we’ve created within The Filter.”