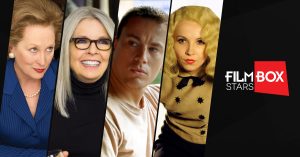 Channel and streaming provider SPI/Filmbox has begun measuring viewing of its FilmBox Stars channel in the Czech Republic as part of a move to expand its presence in the country.

SPI/FilmBox said thatl FilmBox Stars will initiate viewership measurement in the country as of today.

It said that , moving forward, FilmBox Stars will offer a more diversified channel programming in HD to expand its viewership, especially across the female demographic. In addition to Hollywood hits and popular blockbusters with A-list celebrities that FilmBox Stars already broadcasts, the programming slate will include more romantic comedies, dramas, series, thrillers, biographical and family movies. It will also feature local Czech content.

A weekly programming grid will include dramas starring Hollywood stars on Mondays, romantic movies on Tuesdays, thrillers on Wednesdays, popular Czech films on Thursdays and comedies on Fridays. On Saturdays, viewers will be able to watch biographical or historical movies and stories that are based on real events. Sundays will feature the Hit/Premiere of The Week.

Local content to air on the channel includes comedy Divoké včely and World War II-set drama Protektor.
“The strategic decision to make FilmBox Stars a measurable channel is a step forward that builds on the success of FilmBox, which has established itself as the leader in the pay movie market in Czechia for almost two years and counting,” commented Berk Uziyel, CEO at SPI International.

“We are grateful for the on-going support of SPI/FilmBox audiences in Czechia and we undertake this change as a means to elevate their entertainment experience with more targeted content offerings and the goal of making FilmBox Stars the second most-watched pay movie TV channel in the market.”.