French commercial broadcaster TF1 has secured the rights to the Rugby World Cup 2021 and 2023 editions, boosting its efforts to remain a key sports destination for viewers.

TF1, which has broadcast the competition since 1991, has renewed its partnership with World Rugby to retain the rights to the tournament. The 2021 cup, delayed because of the COVID-19 pandemic, will be played in New Zealand in November next year. 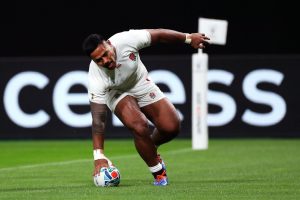 The 2023 tournament will be played in France, with the first match between France and New Zealand’s All Blacks to be played in the Stade de France, to be followed by a competition that will feature 10 host cities and nine stadia over its seven-week course.

TF1 said that the agreement would also allow it to reinforce its coverage of women’s sport by allowing it to offer the next women’s Rugby World Cup, alongside the Euro women’s handball championship and the Euro women’s football competition.

“We are very happy to offer free-to-view coverage of these great events to French viewers. This partnership is the fruit of our engagement with rugby, for which we are proud to spread its values to a mass audience, with a very promising French team. We are equally very happy to offer large-scale event exposure of the next women’s Rugby World Cup and to confirm our engagement with women’s sport. This agreement demonstrates our desire to build a strong link with the public and give life on our channels to great sporting emotions,” said Gilles Pélisson, CEO of TF1 Group.

“We are delighted to extend our long-term partnership with TF1 Group. The 2022 and 2023 Rugby World Cups give us a golden chance to touch and inspire new supporters across France and we know that TF1, with its passion and expertise in international live sporting events, will capture the action, tension, emotion and story behind each match perfectly,” said Alan Gilpin, director-general of World Rugby.