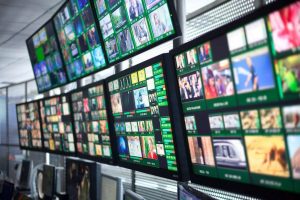 Polsat Box, which has replaced Cyfrowy Polsat as the brand name for the pay TV service, provides customers with up to 150 TV channels via satellite, IPTV and OTT, as well as access to on-demand sports, movies, series, entertainment, information and kids programming.

The service offers three basic packages from PLN20 per month along with premium packages spanning sports, film and kids content.

Polsat Box is also now offering the group’s new 4K set-top box,  complete with a Bluetooth remote control and what the operator describes as its DUO function, providing access to both satellite and IP-based services.

The 4Ka box comes with a new Bluetooth remote control and can be connected to the Internet thanks to a built-in Wi-Fi module. In addition to its hybrid functionality the box also provides access to the Polsat Box Go application. The devicde is available with each basic package – S, M, L, rentable from PLN 49.