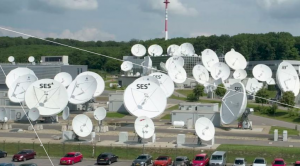 Satellite operator SES has announced a €100 million share buyback programme on the back of its sale of C-band spectrum in the US and has reported a slowing down in the decline in its core video business in the first quarter.

SES CEO Steve Collar said the buyback programme “reflects our confidence in the long-term fundamentals of the business” and asserted his belief that “The current share price does not reflect the underlying value of SES”.

Video underlying revenue for the quarter was €263 million representing a reduction of 4.6% year-on-year at constant currency, compared with drop of 8% for the same period in FY 2020.

SES said that lower revenue from mature markets had been partially offset by higher revenues generated across International markets and growth in the number of paying consumers subscribing to HD+ in Germany.

Analysts at Jefferies said that “the buyback, coupled with a strong EBITDA beat (driven by improvement in video and self-help) and a guidance reiteration, collectively constitutes a clarion call to value investors” and predicted “a positive response today” from the market.