Eutelsat and SES: a tale of contrasting fortunes 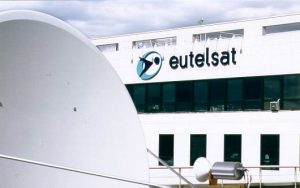 Satellite operators Eutelsat and SES will experience contrasting fortunes in the near term, with Eutelsat positioned to fare better than its Luxembourg-based rival, according to analysts at Berenberg.

According to Berenberg, Eutelsat and SES have diverged strategically over the last few years, with the Paris based operator focusing on generating free cash flow and cultivating a different customer and application mix.

Berenberg’s analysts admitted that it was “a touch disappointing” that Eutelsat’s management had warned of a slightly deteriorating trend in broadcast over the current quarter, but noted that “momentum seems to be building within the fixed broadband division” and mobility revenues, which had been hit by COVID-19, seemed to recovering on the back of demand from the maritime sector.

Berenberg also praised Eutelsat’s recent decision to sell its stake in the broadband-focused Ka-Sat satellite at what it saw as a good price to partner ViaSat, following its acquisition of Bigblu Broadband Europe and the launch of the Eutelsat Konnect satellite, removing the company from reliance on ViaSat’s hardware.

Regarding SES, Berenberg said that revenue and EBITDA will likely fall short of consensus expectations, hit by the decline in mobility revenues. The analysts also noted that the company’s backlog-to-fixe-assets ratio was declining.

Berenberg said that SES would likely be hit by limited uplift in the mobility sector next year, with any recovery in flying dominated by short haul among other things.

Regarding the company’s backlog, the analysts said that the ratio to fixed assets was likely to decline as two new satellites, SES-17 and O3b mPOWER, enter service. SES is expected to spend €2.6 billion on fixed assets between 2021-24, with limited presales in evidence, Berenberg said.