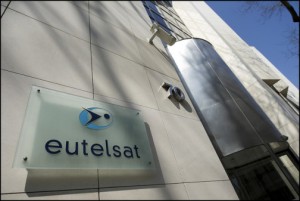 Satellite operator Eutelsat is a better bet for investors than rival player SES, according to analysts at Berenberg, who argue that the Paris-based operator’s video business and cash flow, bolstered by its recent contract renewal with anchor customer Sky Italia, place it in a stronger position than its Luxembourg-based competitor.

Berenberg says that the Sky Italia renewal “not only helps to back up our assumptions that Eutelsat’s top line is more robust than those of its peers, but it also vindicates our view that the company’s cash flows and, thus, potential shareholder returns are exceptionally undervalued, particularly compared to peer SES”.

According to the analysts, Eutelsat benefits from a broadcast business that “will be more resilient than peers’ given its superior geographic and end-customer exposure”.

Berenberg points out that SES and Intelsat both have greater exposure than Eutelsat to the US cable market, which is suffering from cord-cutting. By contrast, satellite TV is growing in Eutelsat’s footprint, which includes emerging markets, while the mature markets it covers, such as Italy, have lower fibre penetration and are less susceptible to streaming disruptors.

Berenberg said that the Sky Italia renewal gives Eutelsat a secure backlog of about €450 million, while its EBIT bottom line will be boosted by lower satellite procurement costs combined with stable revenues.

With regards to SES, Berenberg said that while the Luxembourg-based operator would benefit from the sale of C-band spectrum in the US, its cashflow was at “higher risk” because of threats to its fast-growing mobility business as a result of the COVID-19 pandemic and its underperformance relative to Eutelsat in video.

In terms of video, SES’s exposure to the contracting US market puts it at greater risk, says Berenberg.

Berenberg said that a merger between the pair would be “exciting” but unlikely given the regulatory hurdles. While there is interest in creating ‘European champions’ to counter the power of US tech giants, the lack of infrastructure competition in parts of Europe may pose a significant problem. It said that consolidation outside Europe among smaller national players is “more likely”.