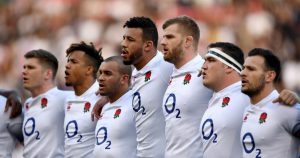 The tournament, which is taking place instead of the traditional autumn tours, is up for grabs with Sky Sport’s long-term deal expiring, and the Daily Mail reports that Amazon has opened talks.

The paper reports that Amazon is looking at a one-off, multi-million pound deal for the November internationals in an effort to boost Prime subscriptions ahead of what is sure to be a stripped-back Christmas for many in the country. It apparently wants to emulate the success of its inaugural Premier League coverage last year, which caused a significant uptick in subscribers.

The tech giant is said to be discussing a potential deal with the Six Nations organising body, which has been tasked with handling the rights tender process for the new event.

The organiser is also apparently keen on dealing with Amazon as it would have the scope to implement broadcast innovations such as in-game interviews.

A statement given to the paper from the Six Nations said: “Six Nations are busy finalising the arrangements for the Autumn competition including match operations, fixture scheduling and broadcasting. An announcement will be made in due course when all elements are finalised.”