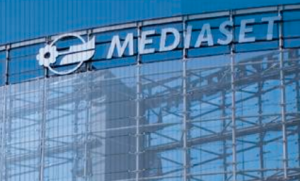 Mediaset has rejected Vivendi’s latest overture to initiate peace talks following the Italian broadcaster’s abandonment of the current iteration of its plan for a cross-border merger after it suffered a legal defeat in Spain.

Mediaset said that Vivendi had offered a mutual termination of pending legal cases brought by the pair against each other, but without offering any compensation.

The Italian media outfit said that it remained willing to “examine concrete proposals that are of interest to all Mediaset shareholders, without however renouncing compensation”.

Mediaset has been seeking damages from Vivendi for what it claims is irreparable damage resulting from Vivendi’s attempts to undermine and bring to a halt its plan to merge its Italian and Spanish businesses under a new Dutch-registered holding company, MediaForEurope (MFE).

Mediaset has also claimed damages from Vivendi for the consequences of the latter’s abandonment of its agreement to purchase Mediaset’s pay TV business, Mediaset Premium, in 2016.

The letter from the French media group followed on from an initial communication when it secured a legal victory in Spain that effectively suspended Mediaset’s plans for MFE.

The Spanish judge considering the case upheld the suspension of the merger, confirming an earlier court ruling from October that led to Mediaset and Mediaset España approving certain changes to the proposed statute of MFE.

Mediaset said that “since the birth of a new pan-European broadcaster is objectively made more and more indispensable by the new economic scenario” it would resume the merger operation “on a new basis” as soon as possible.

Following its legal win in Spain, Vivendi, which holds a 28.8% stake in Mediaset, most of held in a trust to comply with a controversial Italian media law, sent a letter to Mediaset’s board offering to set out a new way forward that, in its telling, protected the rights of minority shareholders.

Mediaset’s board characterised that initial overture as too little, too late. It said that Vivendi’s communication lacked “the necessary concrete proposals” that could enable Mediaset to realise the objectives of the MFE project.