Smart TV penetration at over 50% in US 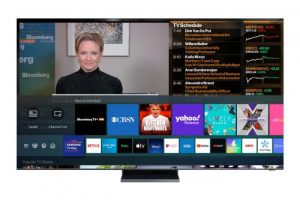 A new report has found that more than half of US broadband households now own at least one smart TV.

According to Parks Associates, 54% of US homes now have smart TVs and that smart TVs are the primary platform for video services.

The report also found that more than six million US broadband households cut the cord between Q1 2019-Q1 2020 and that they are consuming on average more than 20 hours of video content weekly on the TV – up nearly 40% from 2017.

Steve Nason, research director at Parks Associates said: “The smart TV continues to improve its perceived value across a variety of key features and technologies. When looking specifically at online video content, the smart TV is the only measured device seeing a year-over-year increase as the primary streaming video device.

“Nearly one-third of US broadband households cite a smart TV as their primary streaming video device, nearly double the rate of streaming media players and computers.”

Jonathan Laor, co-founder and CEO at Applicaster – the vendor which co-developed the report – said: “We’ve seen broadcasters incorporate smart TVs and connected devices more and more into their app strategy, and those that have are seeing a huge uptick in overall consumption and user engagement,” said. “Over the past few months we’ve also seen end users going to their mobile devices for subscribing to new services, and a dramatic increase in their consumption on TVs, making TVs the new champions of viewer retention.”