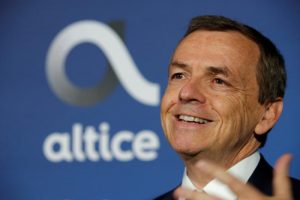 The watchdog has given the go-ahead for Altice to take control of local channels D ICI Alpes and D ICI Provence, which are available on local digital-terrestrial frequencies and on the boxes of service providers including Altice rival Free.

The move is the latest in Altice France CEO Alain Weill’s step-by-step expansion into local TV after the company launched two major regional channels branded as BFM Paris and BFM Lyon, following up with the launch of BFM Grand Lille and BFM Grand Littoral.

At the end of last year Altice struck a deal to take a 50% stake in Vià, an alliance of local TV services created two years ago.

Altice’s apparent aim is to set itself up as a serious rival to public broadcaster France Télévisions’ France 3 network.

Ernotte has said that the new channels will take the form of wider media outlets, mixing TV, radio and the web, at a cost of around €900 million.The services are intended to be local services with some national content, the inverse of the current situation where France 3 operates as a national channel that broadcasts a few hours of local content.