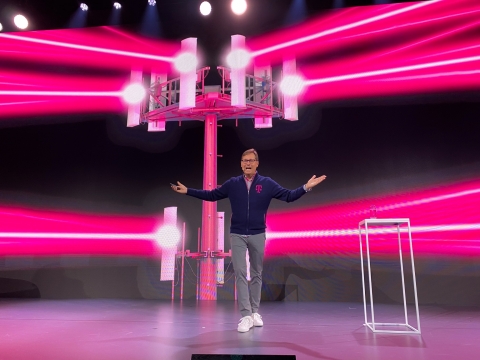 The mega-merger between US telco giants T-Mobile and Sprint has been completed to create the ‘new’ T-Mobile.

Having overcome the multiple legal hurdles such as lawsuits from states and a review from the Department of Justice, the US’s third- and fourth-largest mobile operators have combined with the promise of delivering 5G to 99% of Americans. The company also promised that it would launch an in-home wireless internet service that is capable of delivering 100Mbps speeds to 90% of the country within six years and give free internet access to 10 million homes within five years.

T-Mobile said that the network will have 14 times more capacity in the next six years than today.

Another measure taken to get approval was the agreement to sell Sprint’s prepaid businesses such as Boost Mobile and Virgin Mobile to Dish, with the government hoping that Dish could emerge as a serious competitor in the market. Dish will utilise T-Mobile’s network for seven years

As previously stated, T-Mobile CEO John Legere is to step down to be replaced by COO Mike Sievert. Legere was appointed as CEO in 2012, and grew the operator into a force capable of acquiring Sprint. He will remain on the board until June.

Sievert said: “During this extraordinary time, it has become abundantly clear how vital a strong and reliable network is to the world we live in. The New T-Mobile’s commitment to delivering a transformative broad and deep nationwide 5G network is more important and more needed than ever and what we are building is mission-critical for consumers.

“All of us at T-Mobile owe John an incredible thank you for everything he’s done to get this company to where we are today. He has changed what it means to be a CEO. Everything that T-Mobile has accomplished is the result of his vision for what a different kind of wireless provider could be. John is what the Un-carrier is all about: advocating for customers at every turn, forcing us to think differently and always driving for more. He has always pushed the boundaries of what’s possible and pushed us to do the same. His leadership has made us what we are today, and we will take that into the future.”