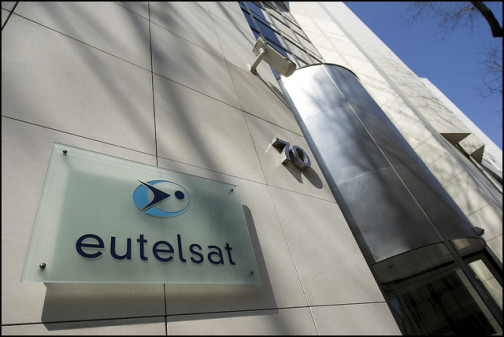 Satellite operator Eutelsat is “an unfashionable cash cow” that is nevertheless delivering decent shareholder returns and is undervalued to an extent that is “starting to look silly” according to analysts at Berenberg.

CEO Rodolphe Belmer said the results were “in line with our expectations with an improvement in trend in the second quarter versus the first and a stabilization in revenues quarter-on-quarter”.

He said that, for the remainder of the year, the company “will benefit from several revenue tailwinds, notably the EGNOS payload on Eutelsat 5 West B and the availability of incremental capacity on Eutelsat 7C”.

Broadcast revenues were down 1.6% on a like for like basis to €389 million in the first half, following termination of a contract in sub-Saharan Africa and the impact of a the return of couple of transponders in Russia.

The company expects second half revenues to benefit from the commercial availability of Eutelsat 7C.

Data and professional video revenues fell sharply by 17.3%, while government services and fixed broadband revenues were also down. Mobile connectivit8y revenues were more or less flat.

Berenberg’s analysts said that Eutelsat’s share price was nevertheless severely undervalued. Giving the stock a buy rating and a target of €18 against Friday’s price of €12.29, they said that “investors appear to be looking at Eutelsat – and its peers – with caution, hoping to work out where the next disappointment will come from” rather than accepting that this was a company with “a broadly stable broadcast business that we assume will never grow again and a data division that is likely to benefit from improving trends, given its increased capacity”.

Berenberg said that the broadcast business had performed “significantly better than [Eutelsat’s] peers” and all segments other than fixed broadband had improved year-on-year.

The analysts also pointed out that uncertainty around US C-band incentive payments, which have dragged on SES’s and Intelsat’s shares, would have little impact on Eutelsat as it has less exposure to this than its peers.