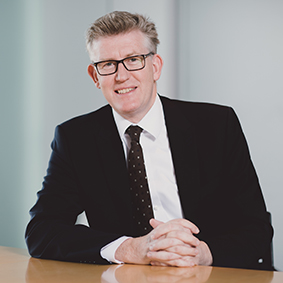 Oxley is currently group director for competition and a board member for Ofcom. He will take up the CEO role when White leaves at the end of this month.

Ofcom said that the process to name a permanent chief executive is ongoing and its board expects to announce an appointment after the UK general election on December 12.

Oxley, who did not apply to become CEO, will take on the full responsibilities of the role and will become Ofcom’s ‘accountable officer’.

Oxley was named chief executive of the UK Regulators Network (UKRN) at the end of last year.

The CEO is appointed by the Ofcom board subject to approval by the UK secretary of state for digital, culture, media and sport.

White is to step down to become chairman of The John Lewis Partnership.She joined Ofcom in March 2015 from HM Treasury where she was Second Permanent Secretary.

Ofcom began the process of seeking a replacement shortly after White’s resignation. Names reportedly in the frame at the time included Andrea Coscelli, chief executive of the Competition and Markets Authority, Christopher Woolard, strategy and competition director at the Financial Conduct Authority, Alex Chisholm, permanent secretary at the department for business, energy and industrial strategy, and Philip Rutnam, permanent secretary at the Home Office.

Lord Terry Burns, Ofcom’s chairman, said: “Jonathan is extremely well equipped to step up to provide important continuity for Ofcom and the sectors it regulates.”

Oxley said: “I’m delighted the Board has asked me to become interim chief executive. I’m looking forward to delivering on our priorities for people and businesses.”