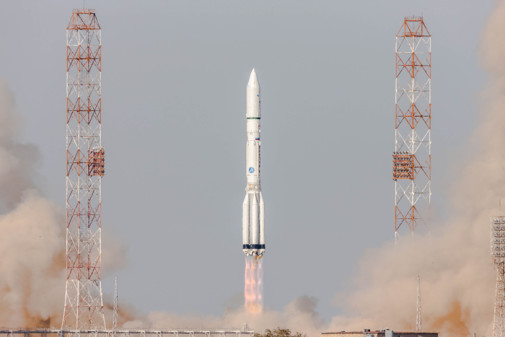 Following manoeuvres and in-orbit tests, Eutelsat 5 West B will be positioned at 5° West at the end of this year to replace Eutelsat 5 West A, offering service continuity for over 300 TV channels broadcast from this position. Eutelsat 5 West A will remain at the same slot and carry out other missions, according to the operator.

Built by Airbus Defence and Space and Northrop Grummanthe new satellite will mainly serve markets in Europe and North Africa via a Ku-band payload of 35 equivalent 36MHz transponders.

Among other things, the satellite will host the GEO-3 payload of the European Geostationary Navigation Overlay System (EGNOS) under a 15-year agreement signed in 2017 with the European GNSS Agency (GSA),, valued at €102 million.

Rodolphe Belmer, CEO of Eutelsat said: “Our congratulations to ILS and Khrunichev for a flawless launch that sees a new Eutelsat satellite propelled on its way to geostationary orbit. This satellite programme reflects outstanding collaboration between Eutelsat, GSA, Airbus Defence and Space, Northrop Grumman, International Launch Services and Khrunichev. We look forward to putting Eutelsat 5 West B to work for the benefit of our clients throughout Europe and North Africa and to the inauguration of EGNOS’ GEO-3 payload that will improve the performance of global navigation satellite systems in Europe.”