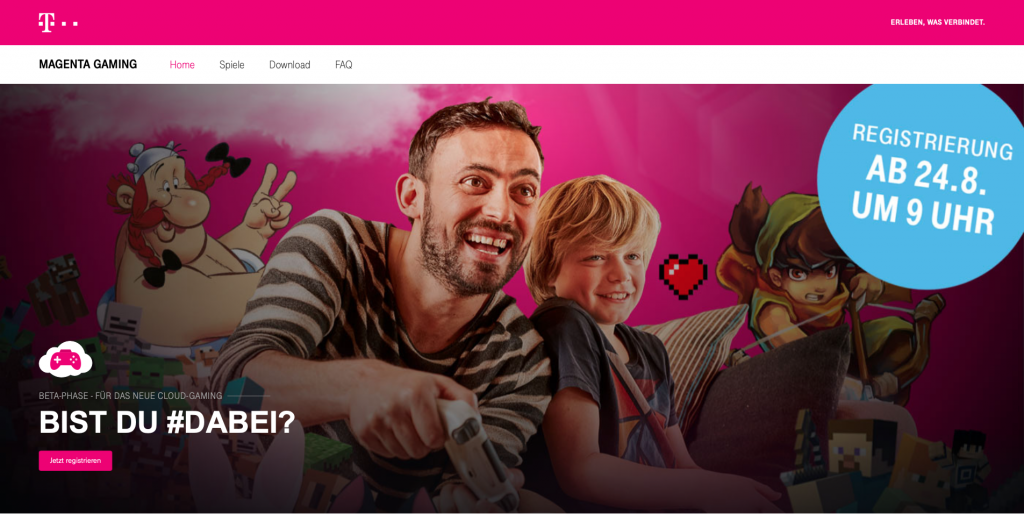 German Telco Deutsche Telekom has thrown its hat into the gaming ring with the launch of a cloud gaming service.

MagentaGaming, which launches as an invite-only beta on August 24 at Gamescom, is scheduled to be available in full in 2020.

Like Google’s Stadia, the service promises the ability to stream games from the cloud on a variety of devices. At launch, MagentaGaming will be available on web browsers and android devices, with support for iOS and Xbox planned. A selection of more than 100 games will be available to beta testers free of charge.

The company also said that it plans to integrate MagentaGaming into its MagentaTV OTT offering at a later date.

Beta testers will require internet speeds of at least 50 Mbps, but Deutsche Telekom claims that this will provide an experience with latency times of less than 50 milliseconds in full HD with 60FPS in stereo. Improved 4K and 5.1 surround sound are also planned for the full launch.

Deutsche Telekom also wants to use MagentaGaming as a way to showcase its mobile internet speeds, with 5G LTE compatibility launching at a later stage of the beta phase.

While the service is in its infancy, its limited selection of available titles have already come under scrutiny from gamers online, with most games either being fairly low profile older titles or free-to-play elsewhere.