Nationally produced fiction series continue to dominate the top 10 by audience in Germany, the UK, France, Italy and Spain, with distinct variations by genre between countries and a high degree of concentration in the channels that air the most popular series, according to a study by French media regulator the CSA.

All 10 most popular fiction series in Germany and the UK in 2018 were local shows, along with nine out of 10 of the most popular French and Italian shows and eight out of 10 in Spain. The figures for Italy and Spain represent a slight decline on 2017, when all of the top 10 were locally produced, with US series The Good Doctorperforming well in both countries in that year.

France, which a few years ago had a top 10 of which about half comprised imported shows, has seen strong growth in the popularity of local series in the last couple of years. In the UK, co-productions such as US-UK co-production McMafiamake up a significant portion of the most highly-rated shows. 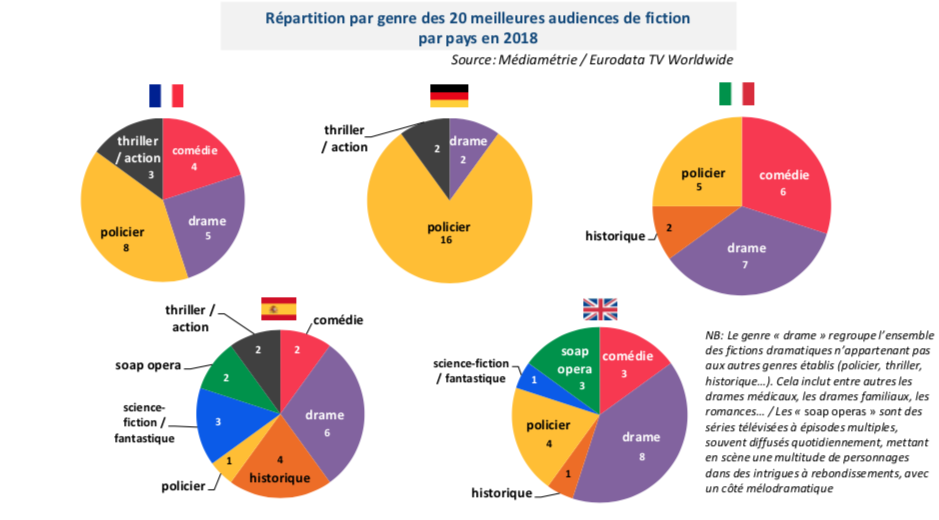 BBC1’s drama series Bodyguardtopped the chart in the UK, unusually for a new show in a country where returning series usually lead.