HBO bites back against the algorithm with ‘Recommended by Humans’ 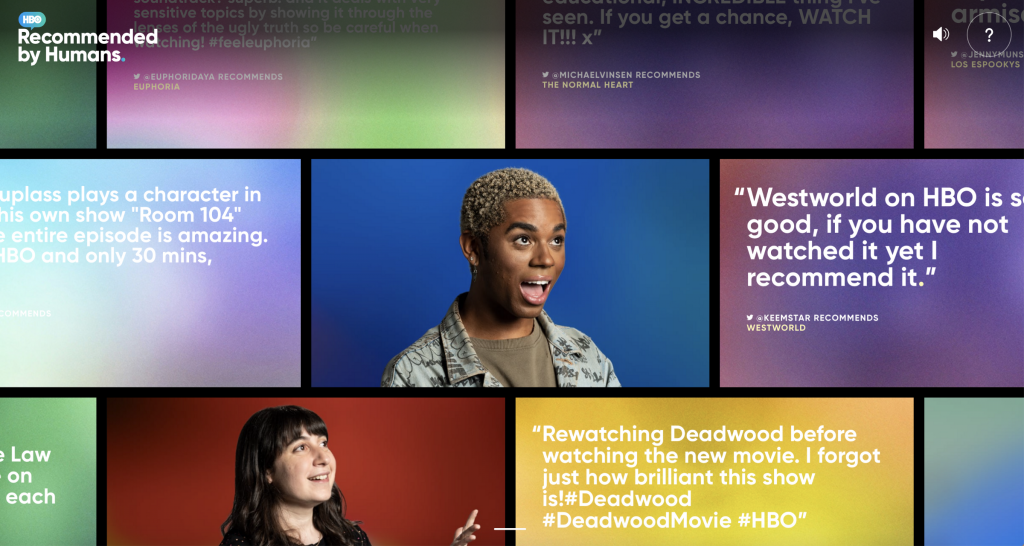 The standalone website features 50 free HBO episodes, movies and documentaries – all complemented by video suggestions and fan tweets. Users can scroll through the site and read micro-reviews of the network’s critically acclaimed shows such as Westworld, The Sopranos and Chernobyl.

A release from the Warner-owned HBO says that the website is designed to “celebrate the emotional connection HBO viewers have with the network’s programming and illustrates the power of recommendations from real humans who, simply put, really love television.”

In effect, Recommended by Humans is an elaborate marketing tool, showcasing an array of content on offer from HBO and a not-so-subtle dig at Netflix, which has become notorious for its use of algorithms and AI to dictate the viability of content.

Lisa Hanawalt, creator of the instant cult favourite Tuca & Bertie which was recently cancelled, has aired her displeasure with the way that Netflix’s technologies can often dictate its programming. Despite an outpouring of fan support, Hanawalt tweeted that “none of this makes a difference to an algorithm”.

By contrast, HBO has a much smaller slate of content, instead focusing on award-winning and critically acclaimed shows with in-house productions.

A full list of programmes which users can watch the first episode of for free is available here.